There was an image that made the rounds a while ago. 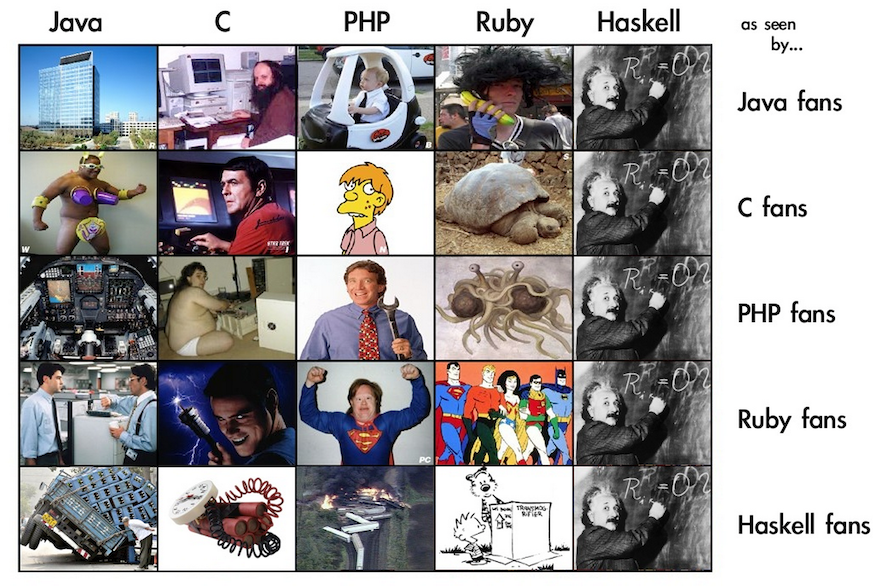 The joke being: haha, Haskell is only for super-geniuses like Einstein. There's lots to complain about in this chart, but I'm going to pick on the lower-right corner. Specifically:

That said, I should acknowledge that Haskell does have a steeper learning curve for most programmers. But this is mostly to do with unfamiliarity: Haskell is significantly different from languages like Python, Ruby, and Java, whereas by contrast those languages are all relatively similar to each other. Great educational material helps with this.

You should set your expectations appropriately: it will take you longer to learn Haskell, but it's worth it. Personally, I use Haskell because:

I'm certainly leaving off a lot of points here, my goal isn't to be comprehensive. Instead, I'd like to dispel with this notion of the Haskeller super-genius. We Haskellers don't believe it. We know why we're using a language like Haskell: to protect us from ourselves.