I didn't mention it on my blog, but I put it on Twitter, so it's probably not a surprise to most. About five months ago, we had a baby boy (yay!). As you can imagine, new babies take a lot of energy, especially when it's your first baby of four to have colic. Many nights were spent walking Lavi around the block singing. I'm actually pretty lucky none of the neighbors called the cops, my singing definitely counts as disturbing the peace. 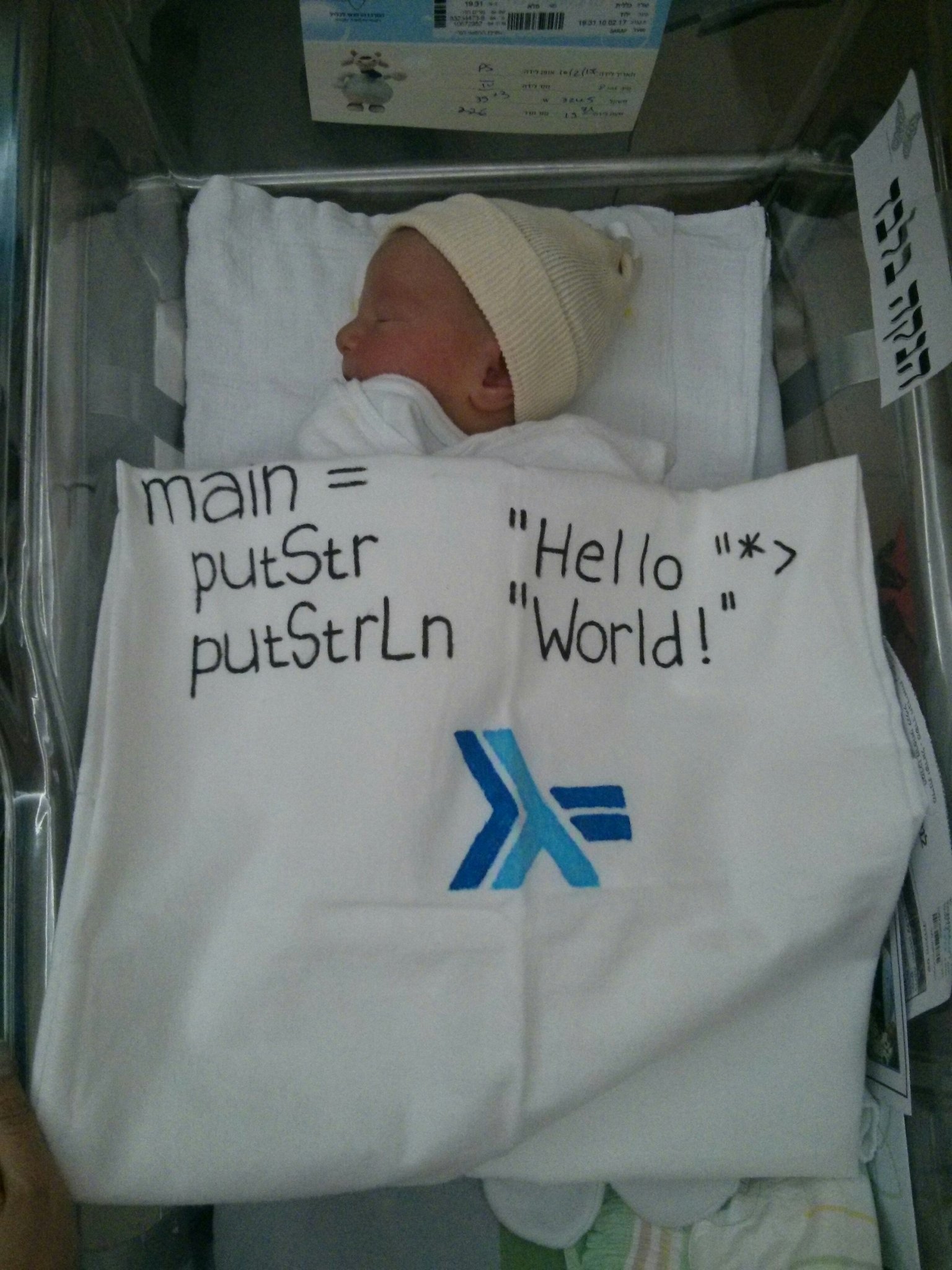 Pro tip to any new parents even a little bit superstitious: never say “We've been through all of this before, this baby can't surprise us.”

Anyway, I'm not wont to share personal anecdotes on this blog, but I mention this because I've obviously been pretty distracted with baby things. Fortunately, the baby is just about done with colic (just in time to start teething of course). Between that extra energy drain evaporating, having had lots of time to let my mind wander while walking a crying baby, and a few other things I'll detail at the end of this post, I've gotten to mentally explore some crazier ideas.

I've already been blogging a bit on fpcomplete.com about monad transformers. Expect some similar things on streaming data and polymorphism (perhaps) in the next few weeks. Also, I'll probably talk more about exceptions, though the thoughts there are less crazy and more reaffirming previous things.

A good question is why am I bothering with this blog post at all. I actually drafted most of it and then decided not to publish it for about a week. My thinking here is I don't want anyone taking my crazy thoughts too seriously. I like to explore ideas, and I explore ideas best by actually writing libraries and blog posts about them. In other words, I throw things at the wall and see what sticks. I usually buy into the idea completely for a bit to avoid second-guessing derailing an idea, and then take a step back afterwards to see if I like it.

Besides having reduced keyboard time for the past five months, here are some of the other stimuli leading to some of the ideas I'll be sharing: