I recently wrote an FP Complete blog post entitled ResourceT: A necessary evil. I had a line in that post I wanted to expand upon:

I believe this is an area where the RAII (Resource Acquisition Is Initialization) approach in both C++ and Rust leads to a nicer solution than even our bracket pattern in Haskell, by (mostly) avoiding the possibility of a premature close. 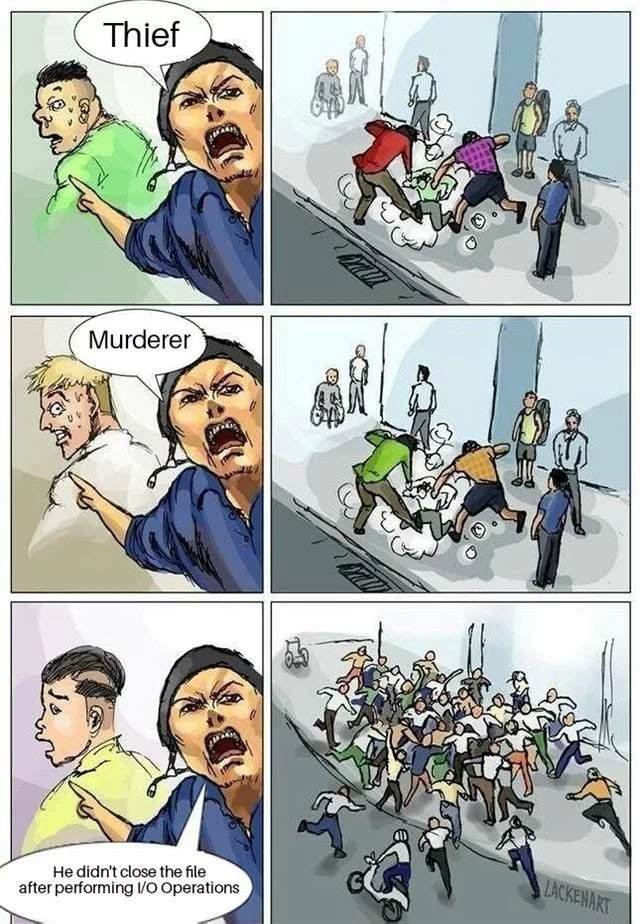 To demonstrate what I'm talking about, let's first see an example of the problem in Haskell. First, the good code:

This is correct usage of the bracket pattern, and results in the output:

We're guaranteed that MyResource will be closed even in the presence of exceptions, and MyResource is closed after we're done using it. However, it's not too difficult to misuse this:

This results in the output:

We're still guaranteed that MyResource will be closed, but now we're using it after it was closed! This may look like a contrived example, and easy to spot in code. However:

By contrast, with the RAII approach in Rust, this kind of thing can't happen under normal circumstances. (Sure, you can use unsafe code, and there might be other cases I'm unaware of.) Check this out:

Despite looking closer to the bad Haskell code, it still generates the right output:

In fact, try as I might, I cannot figure out a way to get this to close the resource before using it. For example, this is a compile error:

And this works just fine:

The life time of the value is determined correctly and only dropped at the end of main, not the end of create_it.

Fixing it in Haskell

UPDATE In my efforts to make this as simple as possible, I included a "solution" that's got a massive hole in it. It still demonstrates the basic idea correctly, but if you want actual guarantees, you'll need to include the phantom type variable on the monad as well. See Dominique's comment for more information.

We can use a similar approach as the ST strict state transformer via a phantom variable to apply a "lifetime" to the MyResource:

Now the bad version of the code won't compile:

This approach isn't used much in the Haskell world, and definitely has overhead versus Rust:

As I mentioned in the original blog post, regions based on a paper by Oleg explores this kind of idea in more detail.